People always tell me I’m going to regret not having kids, but what if I have one and then regret having him or her? Has anyone thought of that option?

A while ago, one of my mentees told me that she has no intention of having children.  She’s only 22.  “Why?” I asked because I was curious not because I thought she was too young to be cynical.  “It doesn’t feel right for me and I have no desire for children.”  She replied coolly.

This got me thinking about the society we live in where women who don’t want babies are branded selfish, weird, less, immature etc etc.  A society where women who choose not to have babies are told they will grow old alone and die lonely deaths, yet we’ve heard countless stories of mothers who have died alone in nursing homes: just because you’ve had children doesn’t mean they want you in their lives.

Because in our society when a woman reaches a certain age, the question – ‘when are you having kids?’ becomes a greeting.  People will be patronising in the way they talk to you about this decision.  They will say things like, ‘you are young, you don’t know what you want yet’ or, ‘you’ll change your mind when you see your friends cuddling babies’ or, ‘you’ll grow out of this childishness’, or worse they will assume you have medical issues that you don’t want to talk about.  The idea that you have made a conscious decision not to have kids doesn’t come naturally to society.

Amazingly men who consciously decide they don’t want children don’t face the same criticism as women.  The assumption that having a uterus means being a mother should be eradicated from society.  Sometimes you only have to look at the many children suffering in the world because the people who brought them in didn’t want them or don’t know how to look after them to know having kids should be a choice and not a requirement.

Unfortunately for my mentee, she’s from a culture that believes choosing not to have children is a sin punishable by death.  For the foreseeable future, she will have to smile when people insult her with cruel and unnecessary comments like, ‘good luck finding a husband who doesn’t want kids’, or when women look at her and say mean things like, ‘I had 3 kids by the time I was your age’, implying that she will be alone forever.

To every woman who chooses not to have children, you are still one hundred percent woman – not that anyone needs to tell you that.  Society makes assumptions about women who choose not to have children and the same society fail to understand that these women have unique personal reasons and don’t owe anyone an explanation.  Society should afford them the freedom to exist as they choose without cruel comments or implied judgement.

Before you judge someone for not having children – think of those children as people. For one, people should not be brought into this world willy nilly.

And because most culprits are women, we need to be supportive even if we don’t agree or understand but never to disparage.

Please leave a comment and let your voice be heard.

Sharing is caring, spread the love 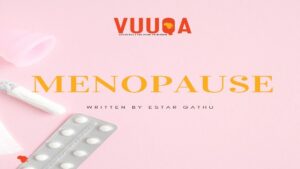 @2016 - 2020 Thingsihear.co.uk Other than the real-life interviews, all posts are the opinion of the author alone, and characters depicted are fictional. Although the characters are fictional, the issues faced are as real as it gets. Rest assured, any semblance to real life is not intentional even on the creative non-fiction pieces. The stories remain the intellectual property of the author and should not be copied or used without permission from the author.