The met is facing serious backlash, and rightly so, for this dehumanising incident that should never have happened.

HEADLINES:  A teenage black schoolgirl was strip-searched whilst on her period after teachers wrongly accused her of possessing cannabis.

It doesn’t get stranger than that!!

This happened in Hackney in 2020 and only came to light following the publication of a safeguarding review.  This has become a common theme – we hear of systemic failings e.g., Seni who was killed by police while being restrained, followed by a review and then nothing until it happens again.  When is this going to stop?

I was shocked and extremely saddened by what I read.  A young teenage black girl was strip-searched by police, while on her period because they suspected she was hiding drugs.  Having a period ‘accident’ is traumatising and humiliating even for 40-year-old women; and for an innocent young girl to go through such a humiliating and degrading experience is both infuriating and uncalled for, especially because the perpetrators were female professionals who should practice within certain codes including upholding the dignity of the people they serve.

According to the report, the girl’s intimate body parts were exposed, and she was ordered to remove her soiled sanitary towel and then forced to put it back on.  Every female human on earth knows once that towel hits oxygen, the last thing anyone does is put it back on.  You’d think those female policewomen knew this.  One can only hope.

The report also says the girl’s parents were not contacted and she was unaccompanied by an independent or appropriate adult during this harrowing ordeal.

Mental health has been all the rage in recent times, yet those expected to uphold policies and safeguards of the most vulnerable are the ones perpetrating crimes that will, undoubtedly, impact people’s mental health.  These so-called professionals are jeopardising the mental health of the very people they serve.  Acts such as these are bound to affect someone’s mental health in the most negative way possible.  Reports say this girl is now self-harming, her self-esteem is at an all-time low, she’s become reclusive, not eating or sleeping properly and she’s traumatised beyond belief.  The girl, who they are calling Child Q for privacy purposes said, “I can’t go a single day without wanting to scream, shout, cry or just give up. I don’t know if I’m going to feel normal again. But I do know this can’t happen to anyone else, ever again.”  This could have been your daughter, my daughter, her daughter, his daughter, anyone’s daughter.  The time for failings followed by non-actionable reports must come to an end, we must demand action.

In a country where we read reports of systemic failings from the police and health care professionals leading to deaths of vulnerable people, and trauma on marginalised communities, isn’t time something is seriously done about it?  Writing reports and learning from these mistakes doesn’t appear to solve the root causes.  If this child was white and from an affluent community, would this degrading and traumatising incident have happened?  She was targeted because she is black.  Was she targeted because she comes from a socio-economically deprived background or neighbourhood?  Yes, she was!

Institutionalised racism in the police is not something new and I’m not entirely surprised by the actions of the policewomen concerned.  But what concerns me most, is the school’s failures in protecting this young girl: the school has a duty to safeguard this child under their care. Young people spend half their lives in schools, supposedly a place of safety.

This is clearly an abuse of power to humiliate someone.  I’ve heard of murderers getting better treatment.  No one deserves humiliation and violation of this extent, even if they are drug peddlers.  Professionals need to uphold people’s dignity, and institutions need to safeguard those under their care.

And now because of this trauma, this child will now enter another institution i.e. the NHS for mental health care who have their fair share of failings e.g., Seni.  It is my hope that they too won’t fail her.

There’s a petition calling for perpetrators of this crime to face justice and serve as a warning that such acts will not go unpunished.  Be heard and sign the petition. 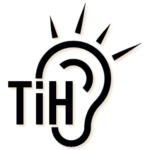